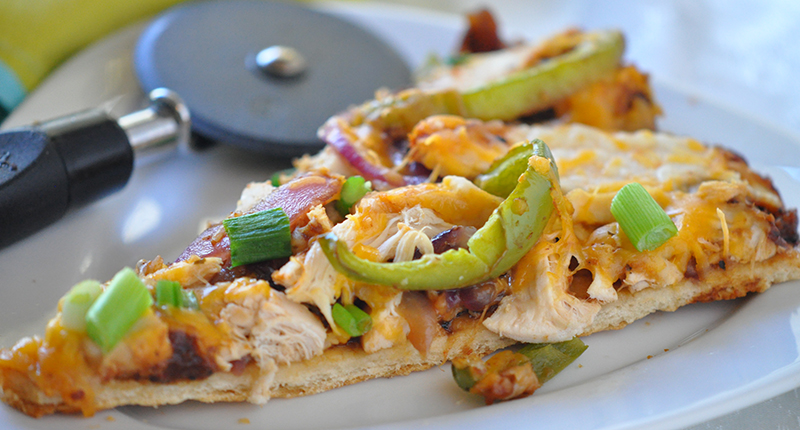 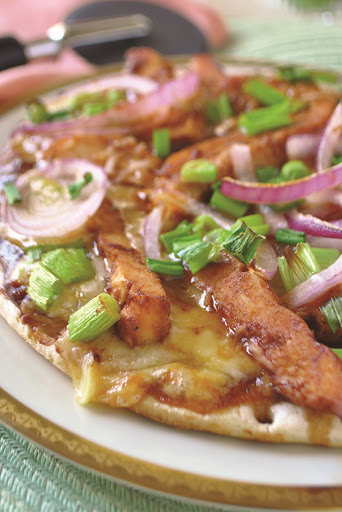 Don’t write off pizza just because you think it’s unhealthy. This homemade BBQ Chicken Pizza has restaurant flavor without the high fat and calories! The perfect use for yesterday’s leftover chicken or rotisserie chicken to make the easiest yet delectable BBQ Chicken Pizza with store bought crust. Look for pre-chopped ingredients like chopped onions and sliced bell peppers for time-savers to simplify cooking and for an easy-on-the-joints, throw-together spectacular meal. Remember, my Barbecue Chicken Pizza recipe freezes well to pull out for a quick dinner when you don’t have time to cook.

With over 1 MILLION COOKBOOKS sold, Holly Clegg has become a healthy culinary expert through her nationally recognized best-selling trim&TERRIFIC® and Eating Well cookbook series. Clegg, who attended the Cordon Bleu Cooking School, London, has appeared on Fox & Friends, NBC Weekend Today, QVC, The 700 Club, USA Today, Web MD, and The Huff Post. Clegg has consulted for Walmart, Teflon, The Coca-Cola Company, and hospitals nationwide. Visit Holly on YOUTUBE and her BLOG for more of her new easy healthy recipes. 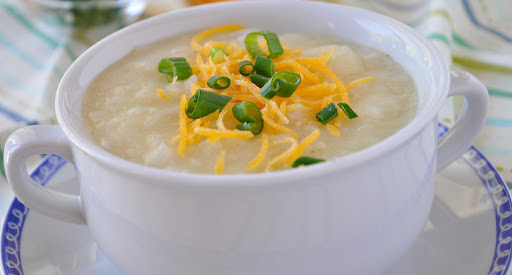 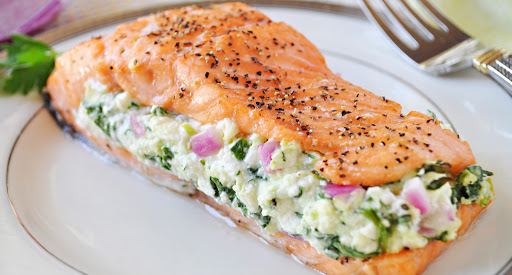 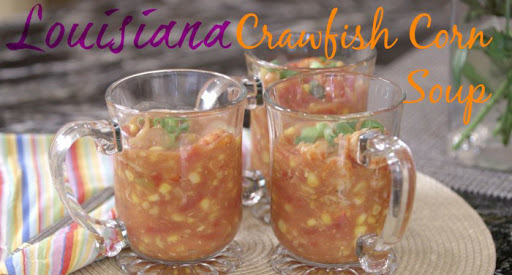 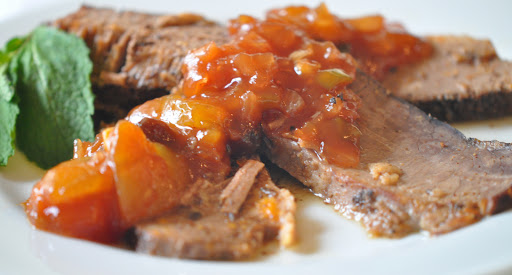 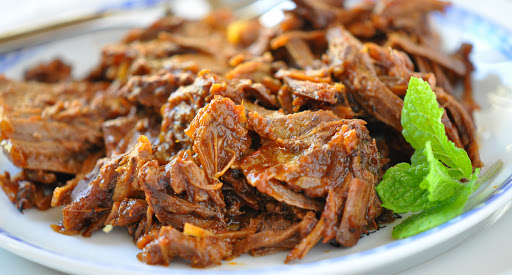 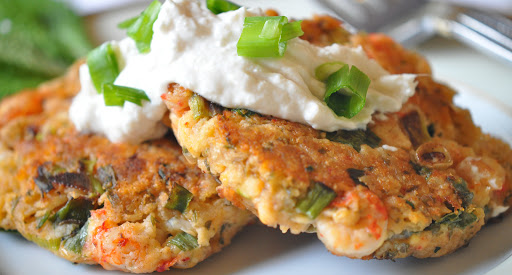 That looks so good

That does look good!

That looks so good

That does look good!